Reading CHAINS in the classroom and the benefits of Literature Circles

In an attempt to interweave literature into my students’ studies of the American Revolution, which is being taught in their social studies class, I chose the novel Chains for the class to read.

There was some bias there.  I have met and heard Laurie Halse Anderson speak and I think she is WONDERFUL, so I made an effort to search out her work over the summer and was pleasantly surprised to find that she wrote historical fiction for middle grades.

My students started reading the novel this past week.  After years of teaching, I am quite used to students’ resistance to reading the “class” novel.  I actually advocate for student choice and they are also reading books they’ve chosen outside of class and participate in online book reviews.  But I needed to do a class novel.

I hesitated to start the week before Christmas because students (especially middle schoolers) are notoriously checked-out that week.  But, I did it anyway.  In fact, after three days of reading, they are already 74 pages in and let me tell you, many of them are incredibly proud of this fact, particularly those reluctant readers.

I cannot say that every student loves this book, but overall, the feedback has been overwhelmingly positive.  Many of them keep telling me how much they like it and they can’t believe a teacher would pick so many good books to read (they read The Outsiders over the summer and still refer to it).

They tell me that they never thought they would like a book that took place so long ago.  They yell at me for ending their reading assignment on a cliff-hanging chapter.

I put them in literature circles and they discuss, debate, and hypothesize about their reading.  They tell me that they love getting the freedom to talk about the book with others.  They say they understand it better after they get others’ perspectives.

Is it a perfect system?  No.  There are still those who are reluctant, but those readers are able to get help from their peers.  And if they aren’t prepared for the discussion, their peers let them know that they need to be next time.  It is not me, the teacher, putting on the pressure.  They are suddenly a part of a group effort and I am seeing students read that I’ve never seen read before.

So, what is my point?  I guess three things:

1.     Chains by Laurie Halse Anderson is a wonderful book that captivates the world’s toughest audience – pre-teens.  It is about a topic that I never really considered until the moment I picked up the book – slavery during the American Revolution and the irony surrounding the fact that Patriots cried out for freedom while simultaneously owning slaves.
2.     Literature Circles work.  I hear students interact on an intellectual level.  I hear them critically think.  They analyze characters, plot, symbols, and passages.  They make predictions based on their reading.  They learn how to talk about literature and also, to think about it in ways they never have before.
3.     And finally, I’m just really proud of them.
Posted by BreiW at 11:12 AM No comments:

Writing Contests - Get some recognition for all of your hard work!

Propel your writing career by entering a contest | onewildword.
Check out these contests with upcoming deadlines.  It’s a great way to get your name out there.
Good luck!
Posted by BreiW at 8:19 AM No comments:

Humor and Horror Intertwined in the MG novel, A TALE DARK & GRIMM

A Review
by Brei

I recently finished reading a MG book which I bought at our school book fair called, A Tale Dark & Grimm by Adam Gidwitz.  It is a funny, gruesome, imaginative take on some of the old Grimm fairytales.

Shortly after I put the book back on my shelves, one of my 7th graders picked it up and started reading it and came in every day to tell me what part she had just read and what disgusting, horrifying, completely engaging thing took place.  Now, I will admit that this book is not for the faint of heart, which really makes it perfect for middle schoolers.

The author uses Hansel and Gretel as his hero and heroine throughout the tale, weaving them into a myriad of other Grimm tales.  Gidwitz does something quite unique in this novel; he talks directly to the reader – and it’s really humorous, which helps to take away some of the horror of the tales themselves.

He tells us that the story of Hansel and Gretel that we know is only part of their actual story.  There is far more to tell and it involves beheadings, and dragons, and serial killers – really disgusting stuff!  But he melds it so expertly with humor that it enthralls us, rather than scares us.  At least, that was the case for my student and me.

Gidwitz even warns us before a particularly gory scene by telling us, the readers, to take small children out of the room as we read the next part.

Gidwitz also manages to insert morals into the story – a fundamental element of every true folk tale, but he isn’t cloyingly obvious about it.  He, again, adds humor and even prompts the reader to think a bit.

I recommend this book to students who love fairy tales – but are old enough to hear the true versions, as opposed to the Disney version.  As I said before, if a child is easily frightened, then it might be one to wait a bit on.  But having said that, my student is still talking about the book to her friends.  The best recommendation you can get about a MG book is from a middle grader themselves, isn’t it?
Posted by BreiW at 8:12 AM No comments:

Okay.  I have been getting many requests for book reviews and I just want to be clear and up front.  I am not accepting requests at this time.  It is not because I don't believe in you.  It is not because I don't want to help you.  It is because I am a full-time teacher with a stack of papers to grade that I could literally be buried in and my own writing career has been put on hold for this.

So, while I'd love to help and fully support your endeavors (as I can relate), I have to help myself first and I'm drowning in work right now.  It kills me that my own writing has been pushed aside, because it is truly a top priority.  And you even may have noticed that I'm lagging behind in blog entries.  It is simply because I do not have time to write, let alone read a book to review it right now.

Jacinda was doing her best to help me as the school year started, and hopefully she'll jump back on the bandwagon, but for now, she's having Internet issues at her home in Germany.

Again, I apologize and wish every writer the best!  I may be open to accepting requests this summer, but I'll know more as that time approaches.

Best of luck, writers!
Posted by BreiW at 7:55 AM No comments:

Kirkus Book Reviews has compiled a list of their favorite teen books of 2011.  There are some titles I haven't heard of and would like to add to my reading list (which has been sorely neglected due to work, unfortunately).
But check it out!  There may be something you're interested in reading.
Posted by BreiW at 7:41 AM No comments:

Anna and the French Kiss - a sweet YA romance 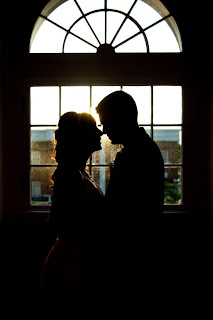 Anna and the French Kiss by Stephanie Perkins
(A Review)
What girl doesn’t love romance?

Over the holiday, I fully embraced the idea of relaxation.  I made every effort to find some peace of mind and shake off the stresses of work and everyday life.  So instead of reading complex science fiction or dark dystopian or something profoundly meaningful, I picked up two romance novels; one was YA fiction and the other adult romance.

Of the two books I read, the YA novel was completely delightful, and for me, nostalgic as it weaves the story of a girl’s first love.  The other book was predictable and cutesy – at most, so I will no longer mention it.  The point being that the YA novel was recommendable, while the adult novel was not.  (Score one for YA writers!)

Anna and the French Kiss by Stephanie Perkins deftly weaves the reader into the story about the insecurities, longings, confusion, and magic that is first love.  This book made me smile, but more than that, it brought back all of my memories and feelings of falling in love that very first time.  This isn’t an easy achievement for an author.  I often enjoy the romantic elements of many of the books I read, but this book read so true to life that it stirred up forgotten feelings.

First love is complicated, scary, at times heartbreaking, and overall, wonderful.  The main character, Anna, experiences all of this and it resonates – at least to an old-timer like me, who likes to live in the past once in a while.  I believe that if I were a teenage girl, the realistic thoughts, actions, and feelings of the characters would still resonate and leave me wanting more.

Anna is sent to live at boarding school in France by her father, a novelist of new money and fame.  She expects to be miserable – leaving behind her crush and the possible beginnings of a relationship with him.  But what she finds in Paris is a new group of interesting and loyal friends and, of course, romance.  The problem is that the boy she finds herself falling for is taken and has been in the relationship for over a year.

Relationships – especially navigating that very first one – are never easy and this book recognizes the challenges.  It isn’t wholly predictable, which I like, and at times, it is frustrating because you just want to shout at the characters to tell each other how they feel.  But does that happen in real life?  Especially when it’s the first time you’ve ever had those feelings?  No.

But it is sweet and touching and everything that first love should be and that’s why I highly recommend it to older teens.  (I say older teens as it does mention drinking and sex, so discretion advised.  And as my students are not “older teens” I feel the need to put in this warning.)

The Land of Stories: The Wishing Well by Chris Colfer